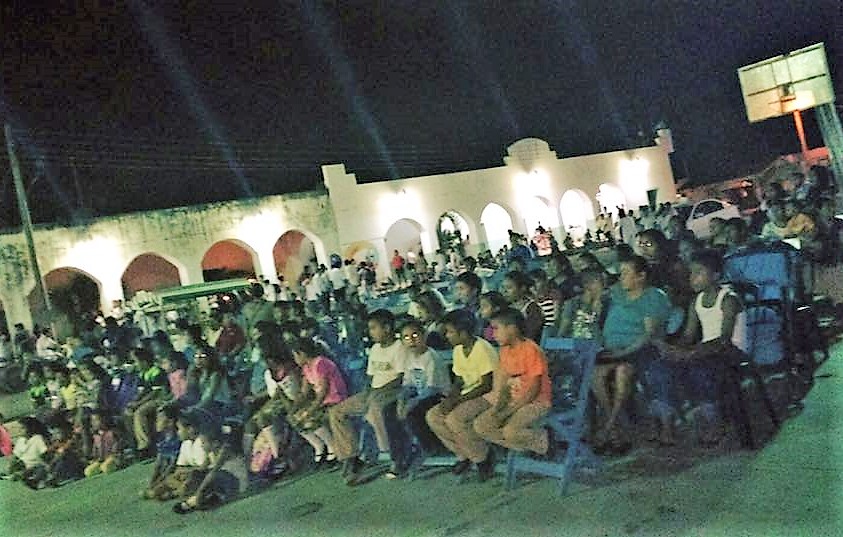 The Gospel Comes to Santa Eleuteria

A few weeks before going to Santa Eleuteria, many people told us that the people in that village do not accept Christians. We contacted a brother who was supposed to accompany us but he canceled at the last minute. Even so, we decided to personally speak with the town commissioner to ask permission to be there and for assistance with chairs. Others on the team went to invite the people to the film. Although initially we did not feel welcome, eventually the people began to come closer to where we were setting up our equipment.

We began our program with a soccer game and as darkness approached even more people arrived to the park. We played a few more games with the children and then we shared the Gospel through the clowns skit. Gladis, our missionary intern, explained to the children how they could put their trust in Jesus. Many happily  responded. Then we projected the movie The Story of Jesus for Children (a movie for young and old alike) and everyone was very attentive. No child was seen talking or running. Everyone was focused on what they were seeing. At the end of the movie an invitation was given and 12 adults and 10 children went forward to accept Jesus as their Savior.